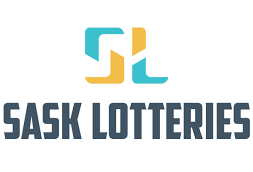 The Saskatchewan Target Shooting Association is a registered, non-profit amateur sports organization that is the Sport Governing Body for Target Shooting in SK., representing and serving Rifle and Pistol target shooters throughout the province. The membership consists of individuals and clubs interested in furthering the target sports as a safe, recreational and competitive sport and to improve the public acceptance of target shooting sports.

The sport sets no limits for those who are involved. Some want only an hour or so of recreation per week while others seek Olympic Gold Medals. Youths, adults and the very senior all participate throughout the province.

Target Shooting is a late specialization sport which means that participants tend to enter the sport in their teenage years and may attain peak performances as adults. While most sports rely heavily on physical fitness, size and speed, shooting remains a contest of skill and precision. Although physical conditioning plays a large part in success on the shooting range, mental preparation is the most important factor for shooters, who must remain calm and completely focused on their targets under the enormous pressure of competition if they wish to excel.

It is very easy to be an athlete with shooting, because able bodied people and disabled people can all shoot.

Target shooting is a year round recreation sport, outdoors in the summer and indoors in the winter with Clubs located throughout the province. As with most sports today, you can spend a lot of money, but many shooters invest only a few hundred dollars in equipment and find the cost of ammunition and targets far less than expected. Most clubs have equipment to lend beginners to help them get started, and often the junior programs have equipment for the athletes to use until they decide if they plan to stay with the sport as they get older.

If you would like to enter a competition, a classification system is used which assures that the thrill of winning is available to everyone, so you are competing against others of similar and known ability.